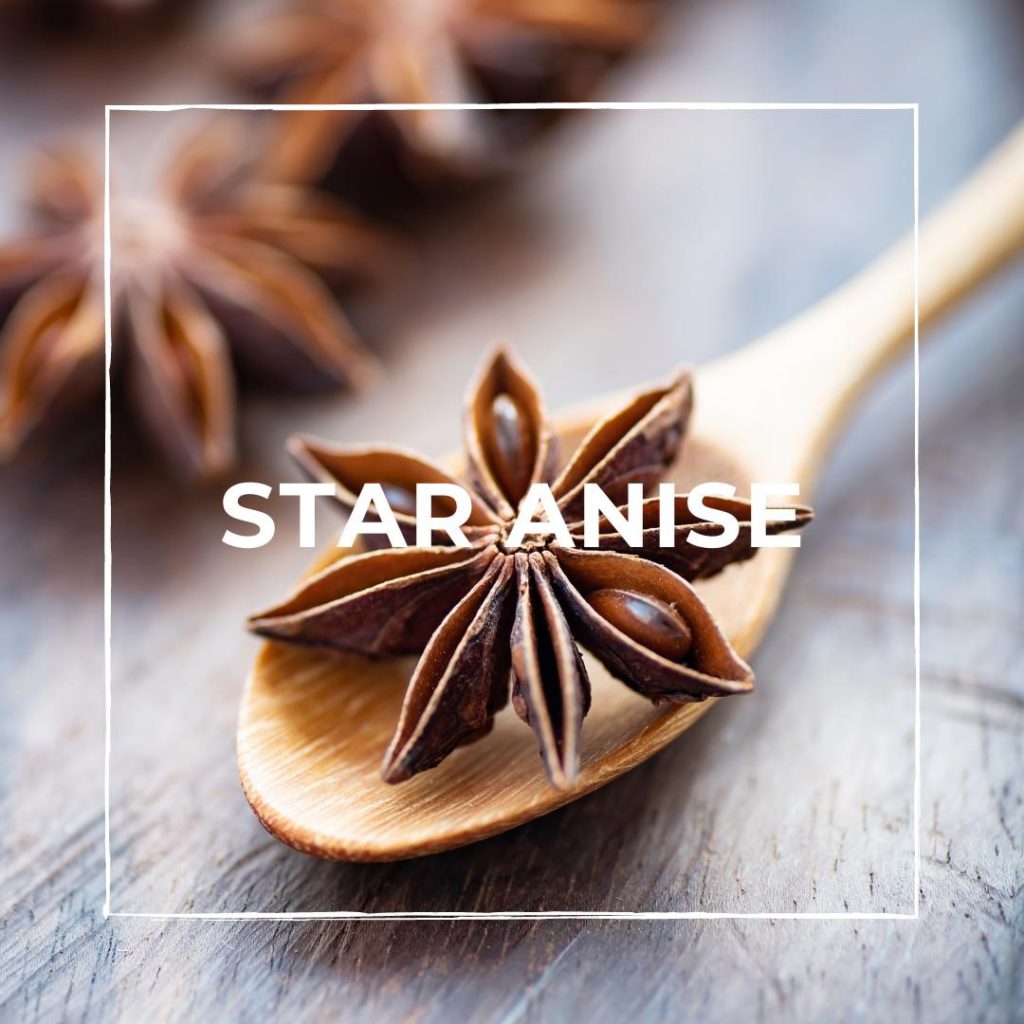 Star anise is a spice made from the fruit of the Chinese evergreen tree Illicium verum.
It’s aptly named for the star-shaped pods from which the spice seeds are harvested and has a flavor that is reminiscent of licorice.

Because of similarities in their flavor and names, star anise is often confused with anise, though the two spices are unrelated.

Star anise is famed not only for its distinct flavor and culinary applications but also for its medicinal benefits.

Star anise has been used in traditional Chinese medicine for thousands of years and has also been accepted into some Western medicine practices more recently.

It is an impressive source of several powerful bioactive compounds; all of which are vital contributors to good health.

The most valuable component of star anise may lie within its dense supply of flavonoids and polyphenols. These may primarily be responsible for the spice’s broad applications and medicinal benefits.

Some animal and test-tube research indicates that the antioxidant capacity of this spice may even possess anti-cancer properties, such as reducing tumor size.

Star anise has been useful in the medical realm for treating a variety of fungal, bacterial and viral infections.

Star Anise is one of the ingredients in our “Caramel Chai”. Please visit our website for more information.